Apple just released iOS 12 and typically those of us with older devices get apprehensive with each new iOS release, worrying that our devices may continue to decline in their performance, but it seems with iOS 12 this will not be the case. 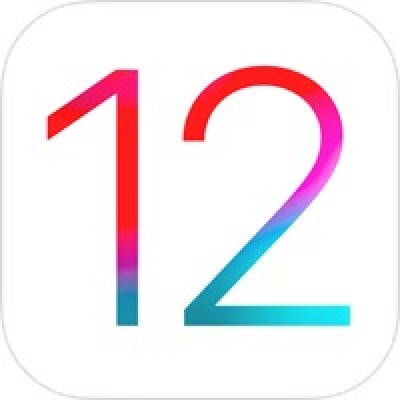 The biggest news seems to be improved battery life and performance for all devices, even the oldest ones it is compatible for. Your iPhone 5S, iPad Air 1, and anything newer should work better than ever. 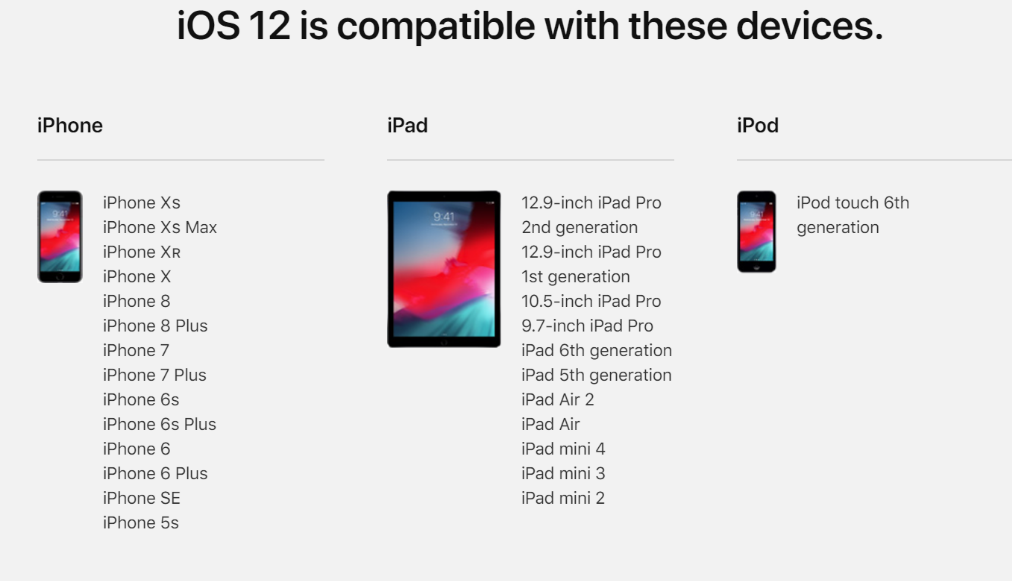 As with all new iOS releasesthere are usually bugs at the beginning. There are reports that some people are seeing poor display quality with the update. Apple will likely release the first updates soon fixing some of those initial bugs. As a general rule, we usually like to wait a few weeks before updating, avoiding those initial frustrations.

For an overview of all the new features, checkout the iOS12 features on the Apple website.

We’ve chosen to highlight a few of the new features because of their potential impact in the classroom and for people with disabilities. Of course, more examples will likely arise as we all become more familiar with the features and their potential uses. For now, here are some of our thoughts:

In iOS 11 one swipe up from the bottom pulled up the Dock and the second swipe up opened the control center and app switcher together. In iOS 12, one small swipe up brings up the Dock. A quick swipe up closes the app and brings you to the home screen (you can still use the home button to close apps). To access the app switcher swipe upward as if to open the dock but swipe to the middle of the screen and hold your finger a second longer and the app switcher will appear. The Control Center is now accessed with a swipe down from the top right corner. Here you’ll find your quick access to volume, screen brightness, access to airplay, etc.

Here is a link to a post with videos to demonstrate the new gestures.

Siri is much smarter, able to access greater amounts and categories of information, but it has also been given a stronger ability to automate actions using voice commands. There are new automated shortcuts allowing you to access a group of actions with your voice, but better still, there is now a separate Shortcuts app allowing you to customize your own shortcuts to activate first- and third-party app actions.   This opens a wealth of possibilities for people with motor difficulties to access actions with just their voice.

The new Screen Time features may be one of the most useful changes for parents or classroom staff. These features are activated and accessed through Settings. Screen Time allows you to see what apps are being used the most, how much time is being spent on the device, and allows you to set limits on specific apps, giving parents and educators more control over how children’s/students’ devices are being used during the day.

For an in depth explanation and some helpful tips, look here and here.

*Important Info Alert*   The Restrictions settings are now located under the Screen Time menu in Settings. 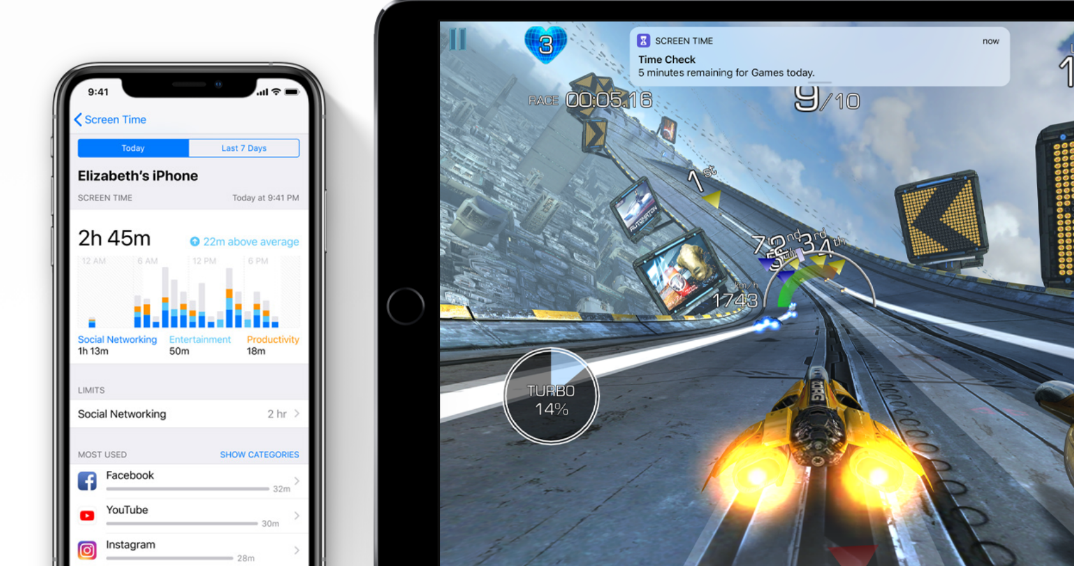 FaceTime has been upgraded to allow group chats of up to 32 people. This feature is not yet available with iOS 12 but is expected to be released in a future update later this year. This is a fantastic upgrade for iOS users especially for those whose social networks and interactions are primarily online. The group video chat will be able to launch from Messages or from FaceTime and there are lots of features to make conversations more fun like stickers, filters, and animojis.

Here is a great step-by-step guide. 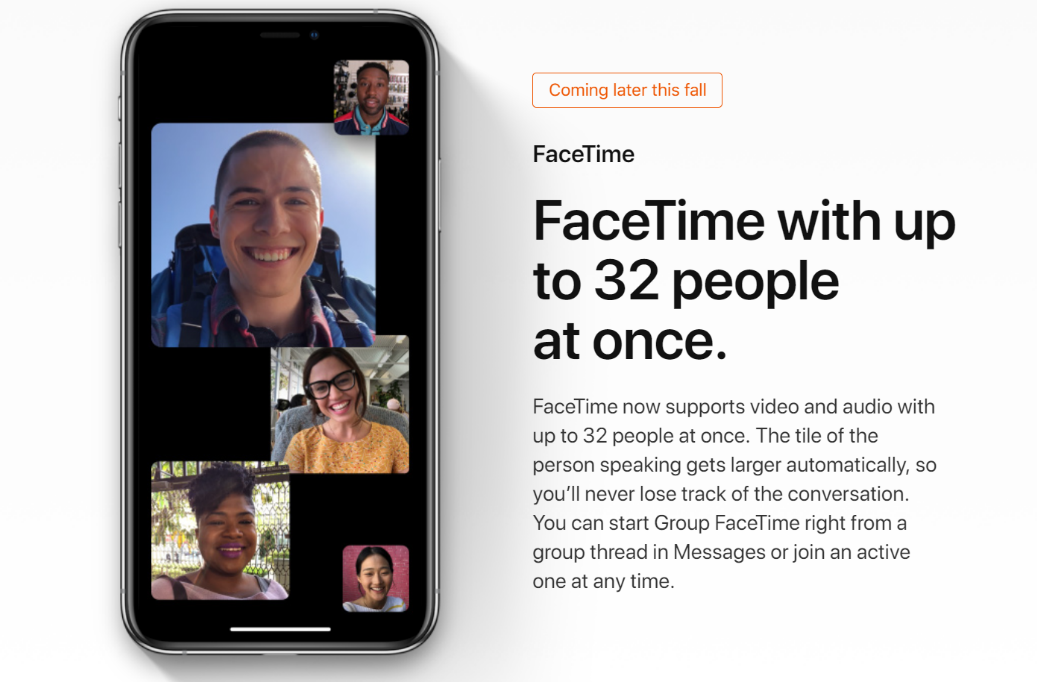 This feature only works for those with Air Pods, but it is worth mentioning in this post as it relates to accessibility. Read more here.

There are major additions to the augmentative reality (AR) support, so we should see a burst of apps with cool new AR features.

Here are just some of the possibilities.

Apple released their own AR app with iOS 12, called Measure, allowing users to measure real objects using augmented reality. Though it’s not 100% accurate in its measurement it can give very close approximate measurements and I see this being a great feature for bringing interactive measurement to the classroom.  Measure is available on newer devices only from iPad Pro and newer (so not for iPad Air 1 or 2), and from iPhone 6s and newer. 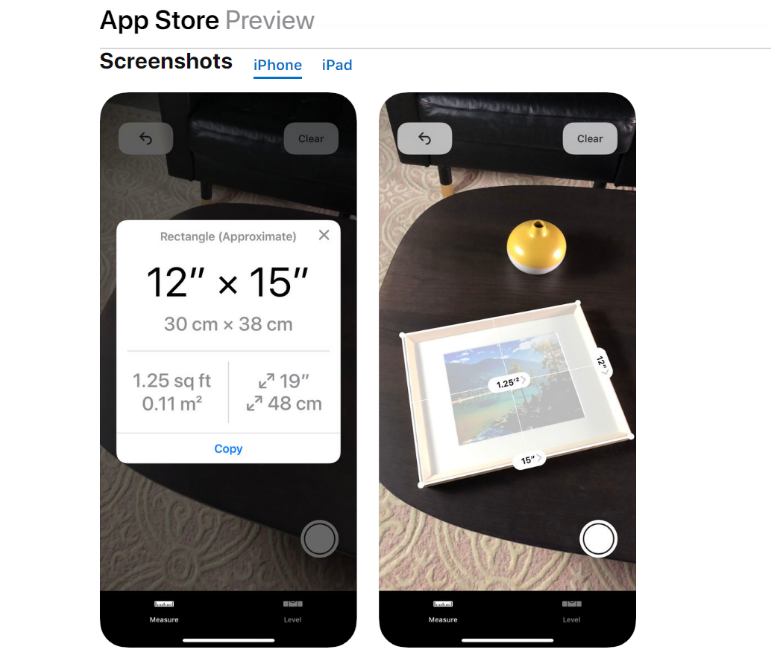 See how it works here.

I’m sure you will enjoy all the new features, and as we become familiar with them we’ll be sure to let you know how we’re using them with our students. As always, we’d love to hear from you too!