Beit Issie Shapiro’s “Making Costume Dreams Come True” event celebrated 5 years last week! 30 children and youth with disabilities who use mobility devices were again matched with student volunteers from the design department of Holon Institute of Technology (HIT) who designed unique and original costumes based on the participant’s costume idea. The goal of the design is to incorporate the mobility device into the costume. This year we saw Cinderella in her fancy coach, pirates in their pirate ships, a monkey in the jungle, and many more…

Dressing up on Purim is a beloved holiday tradition and incorporating the child’s mobility device into their costume produces a fuller effect, almost like creating a stage for the character. Parents can buy regular costumes and upgrade them with accessories but finding accessories for mobility devices in regular stores is still difficult. In this project, wheelchairs and walkers become part of the costume, and the results are magical! Many children will dress up as Sammy the Fireman this year, but how many will show up in a firetruck with flashing lights?

Scroll below to see this years’ wonderful creations.

Noam dressed up as Sammy the Fireman, rushing out to an emergency in his firetruck: 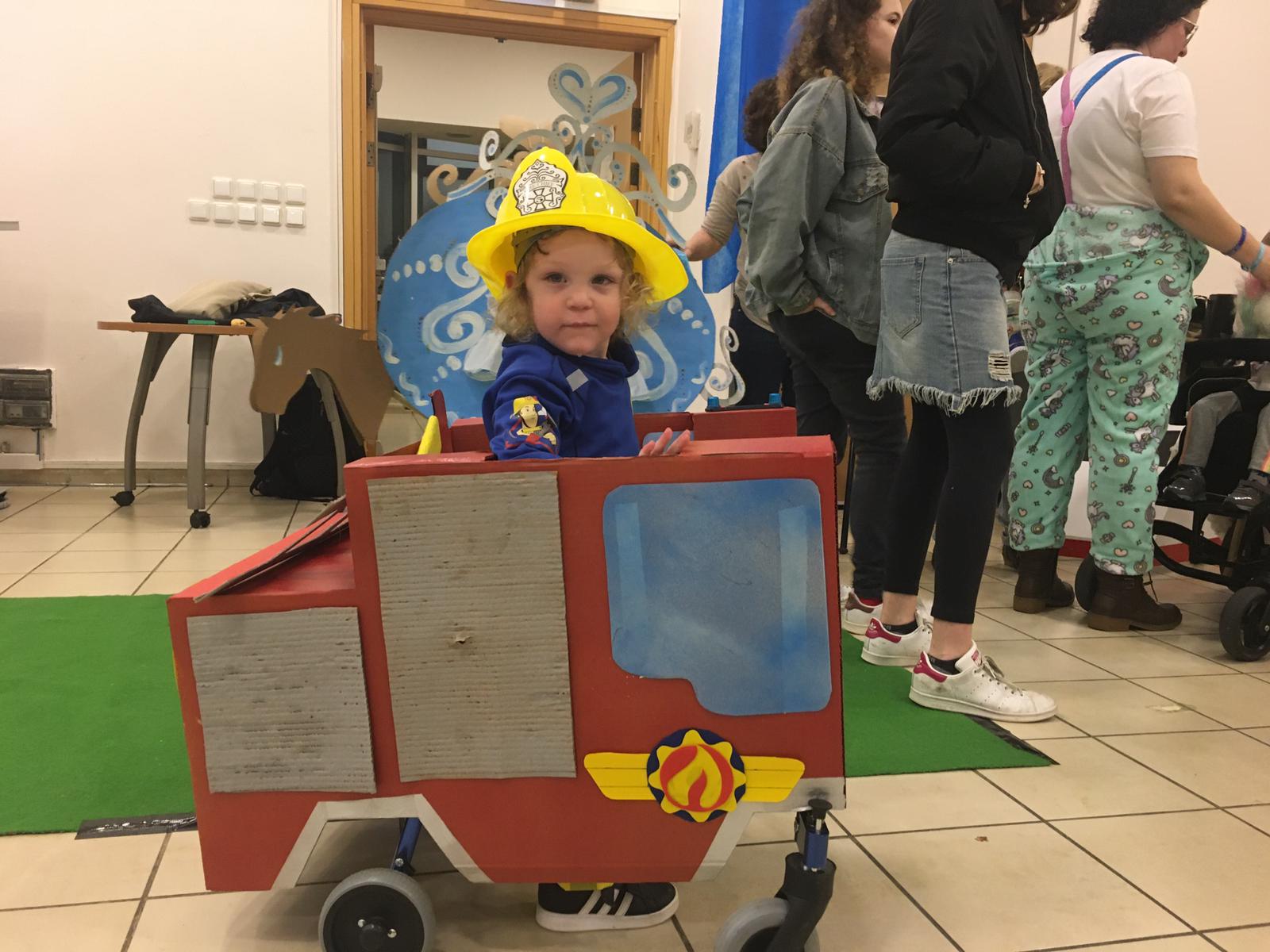 Zohar dressed up as Owlette from PJ Masks, in her luxury car: 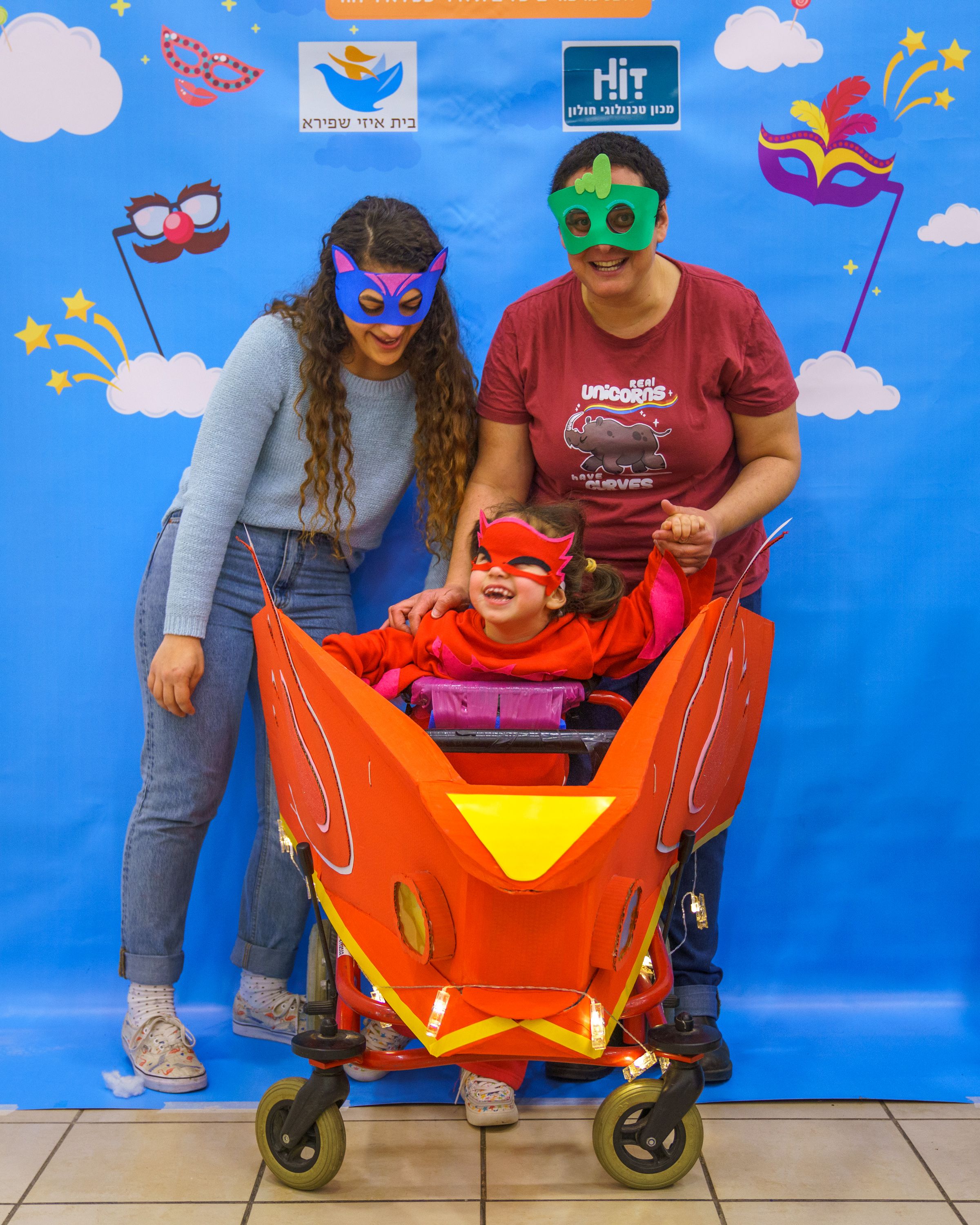 Roni as Aladdin flying over rooftops on her magic carpet: 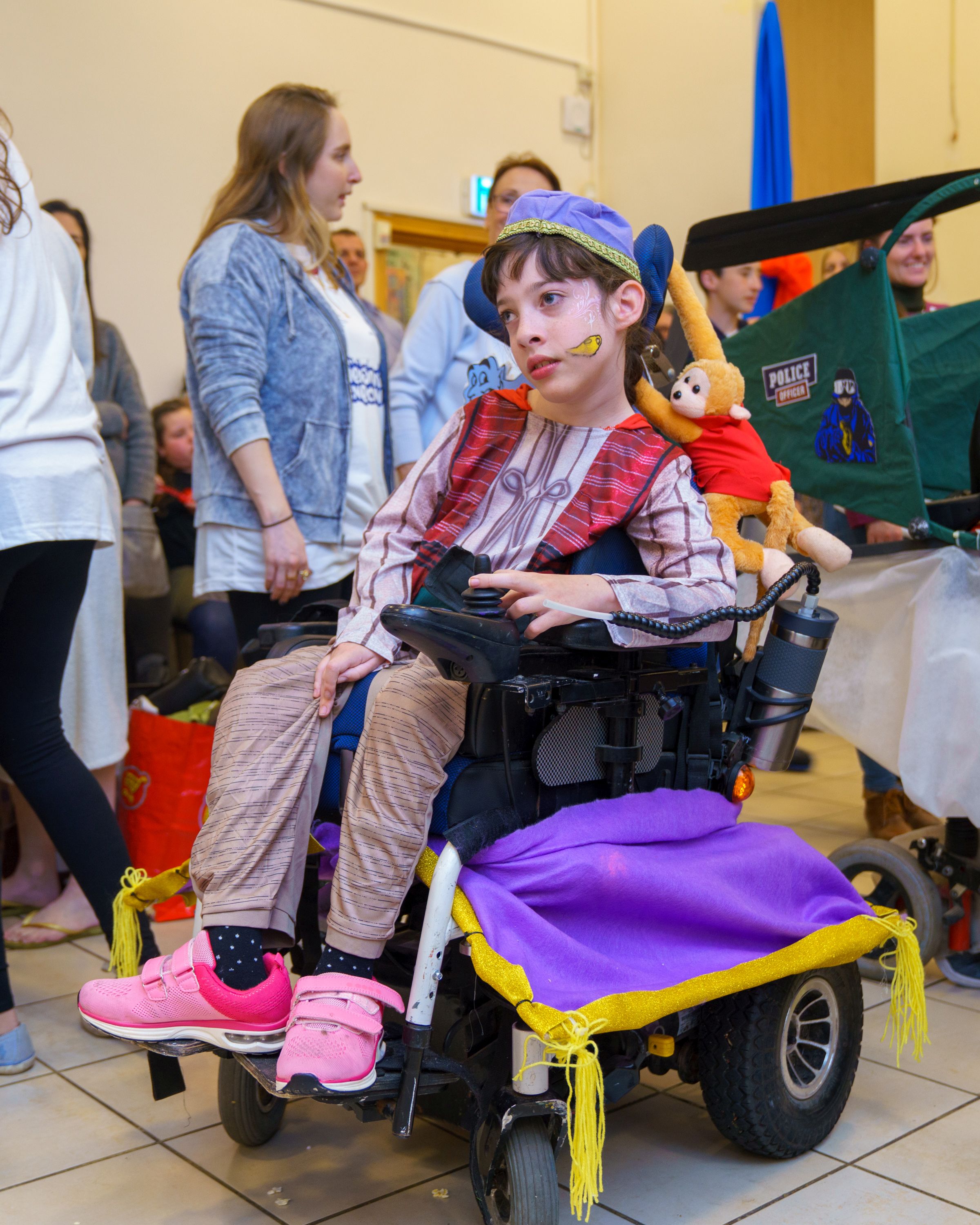 Roni and her flying carpet

Nevo, a super-fan for Maccabi Tel-Aviv:

Avital the YouTuber (give her a like on her page 😉) 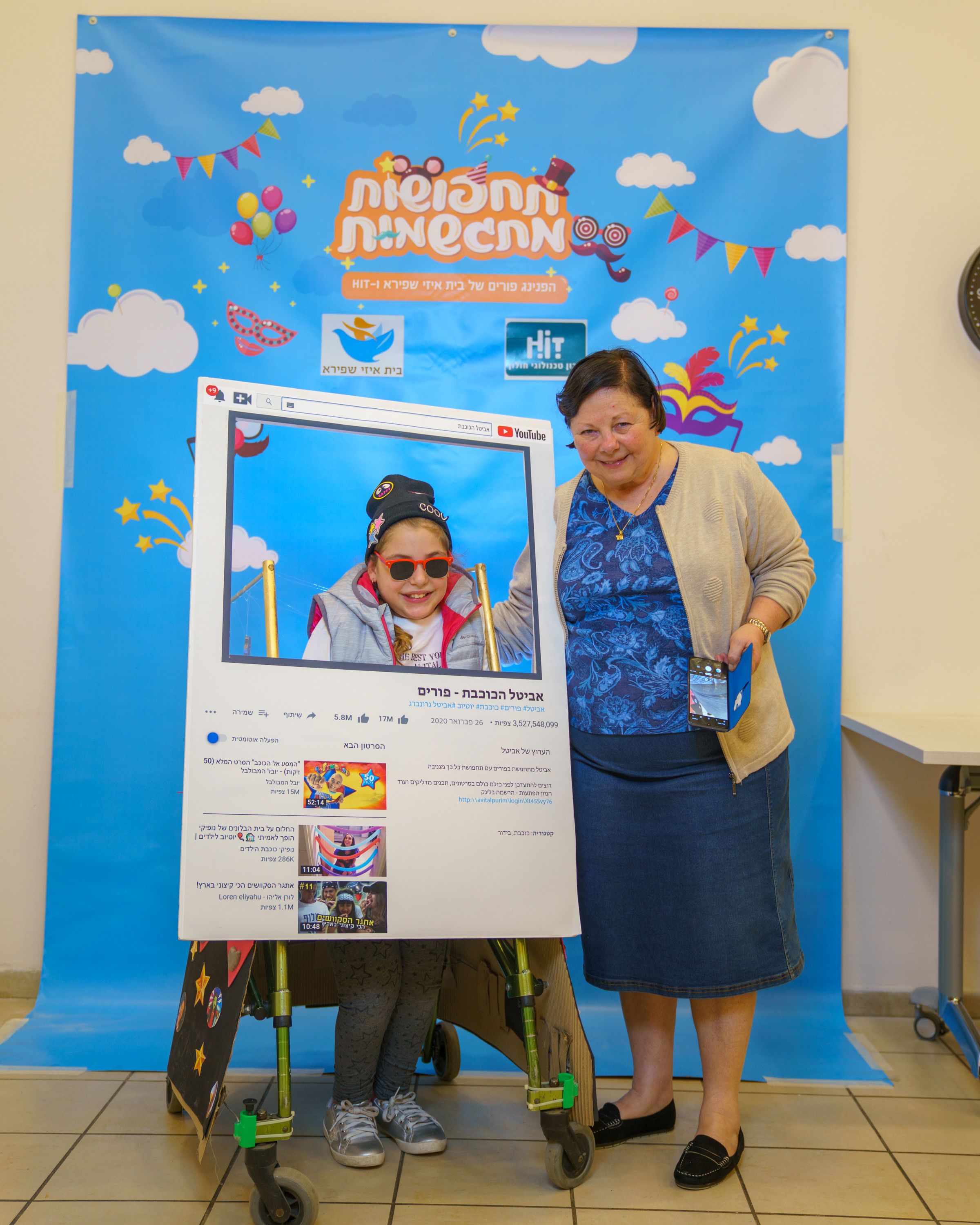 Buy your love some flowers from Amit

Omer, or rather, Chase from Paw Patrol: 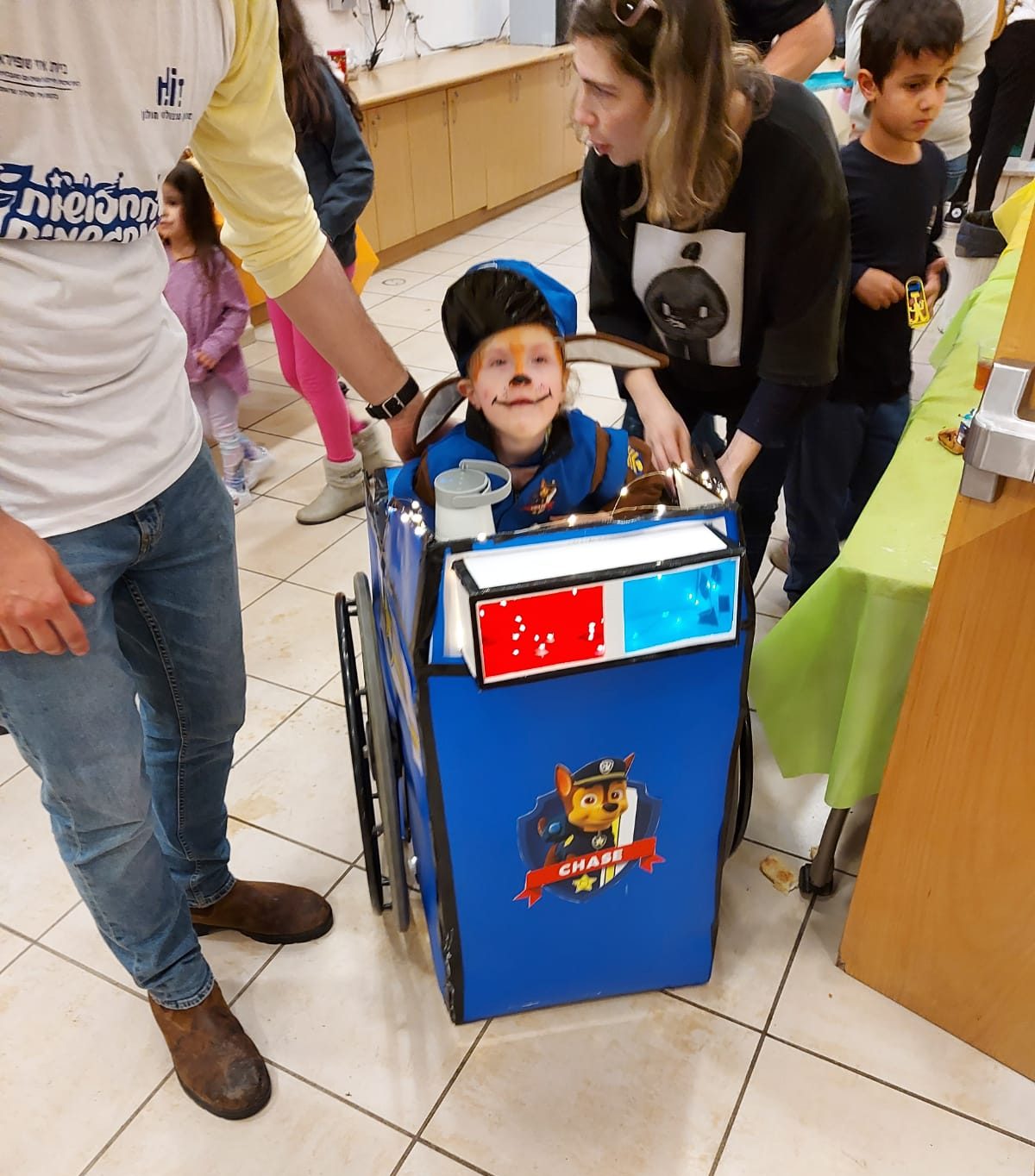 Roni as Messi, the greatest soccer player of all time: 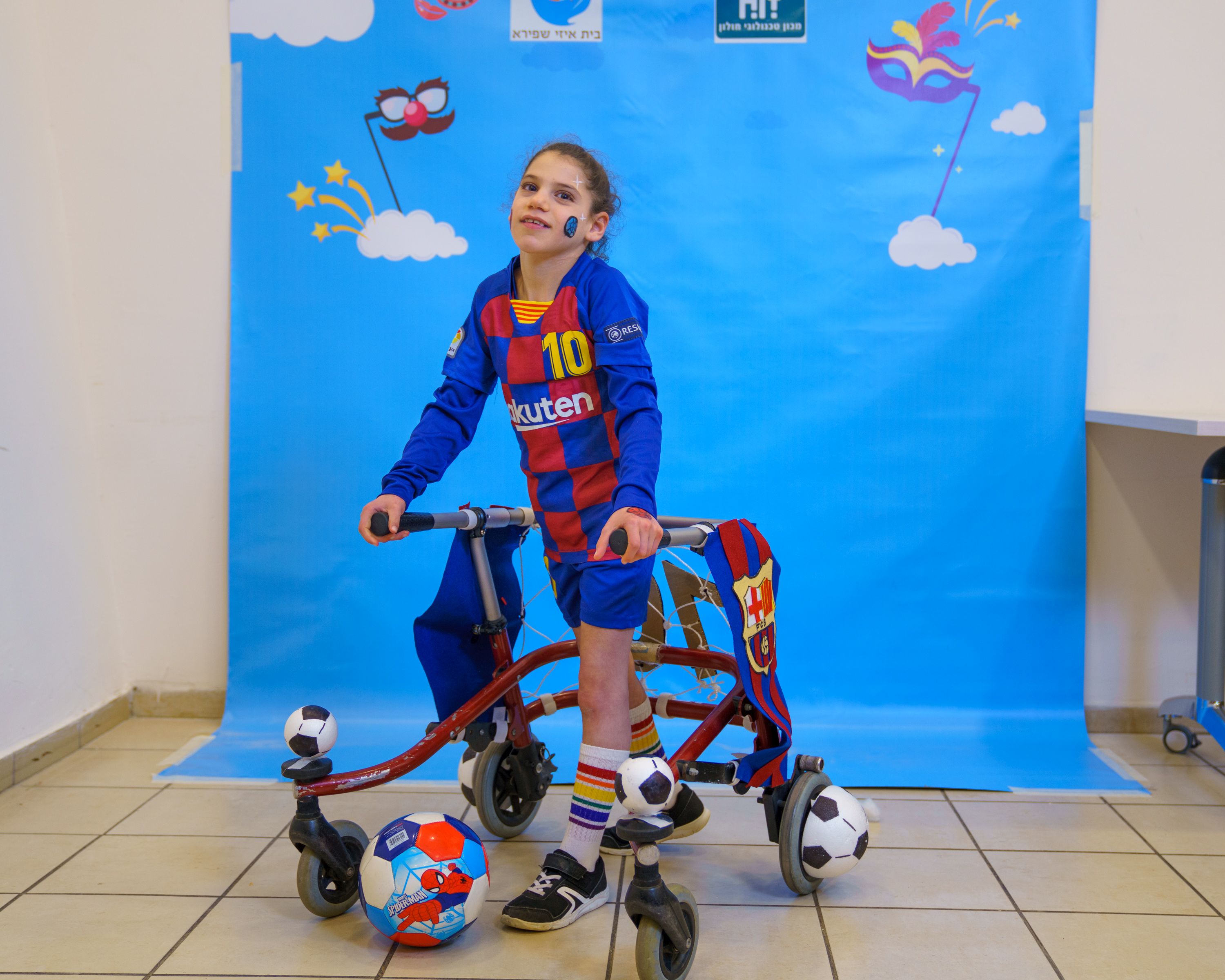 Mia as Batgirl in her Batmobile: 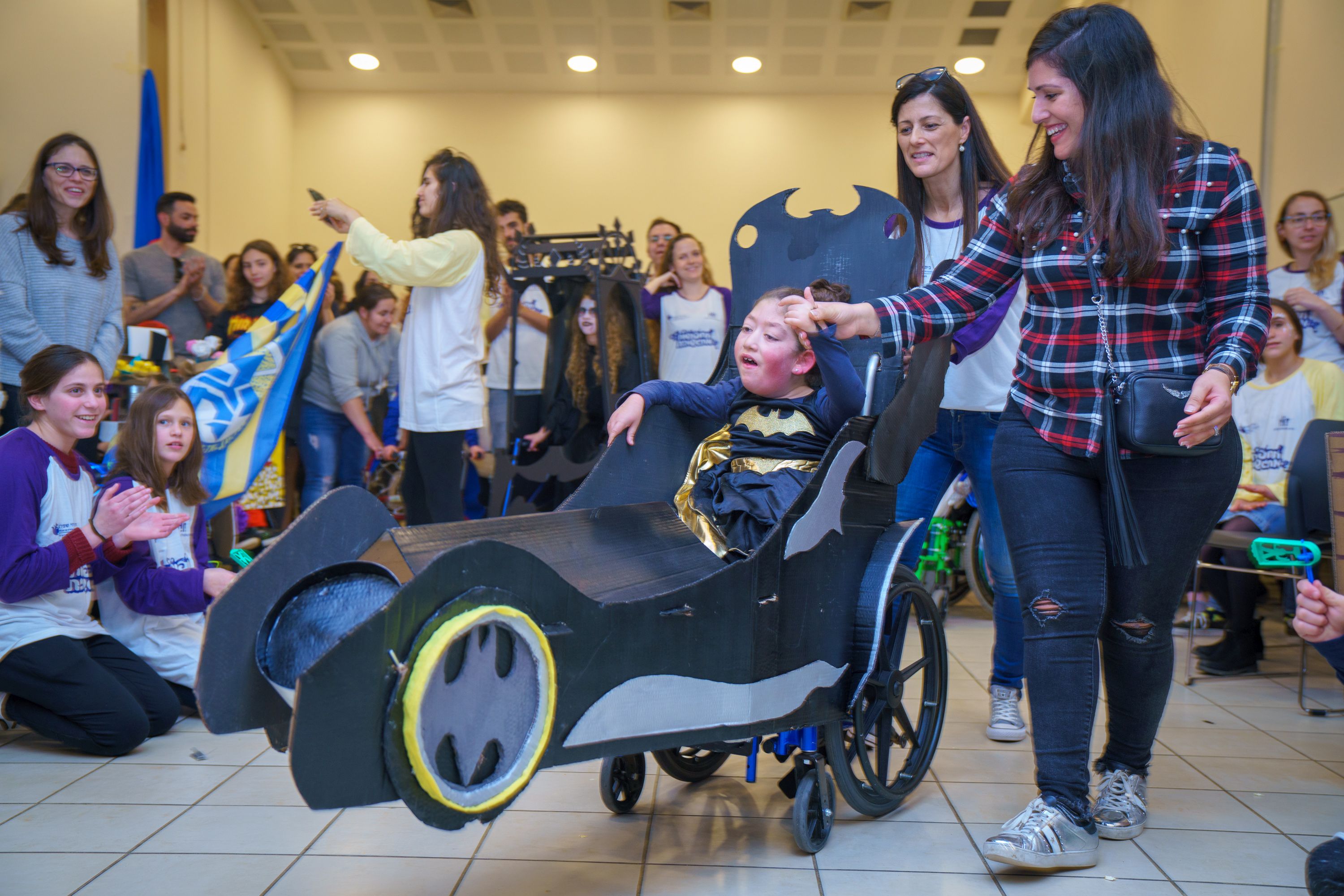 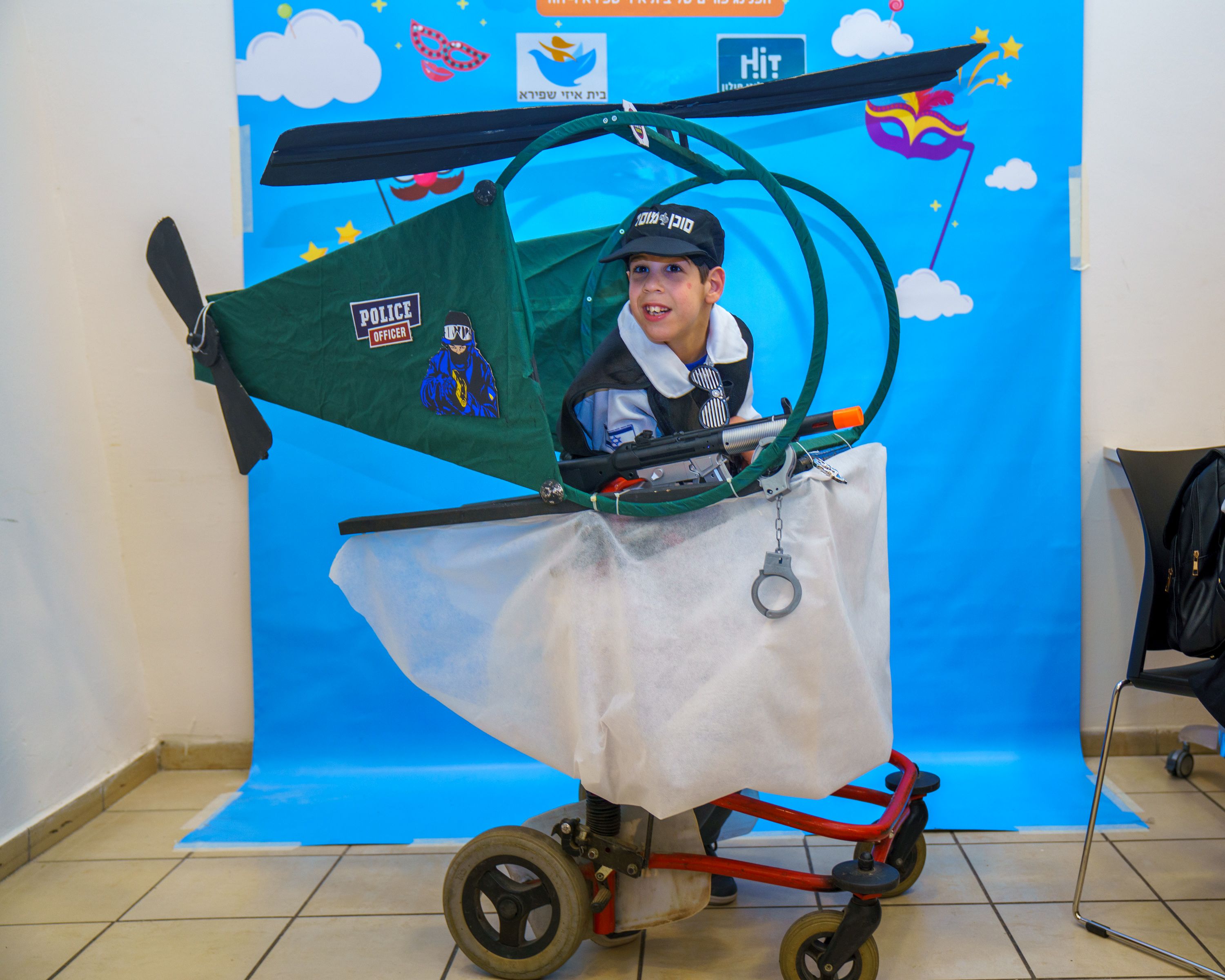 And here is Keren Peles, I mean Avigayil, a celebrity judge on “The Next Star for Eurovision”, handing out scores for the best singers: 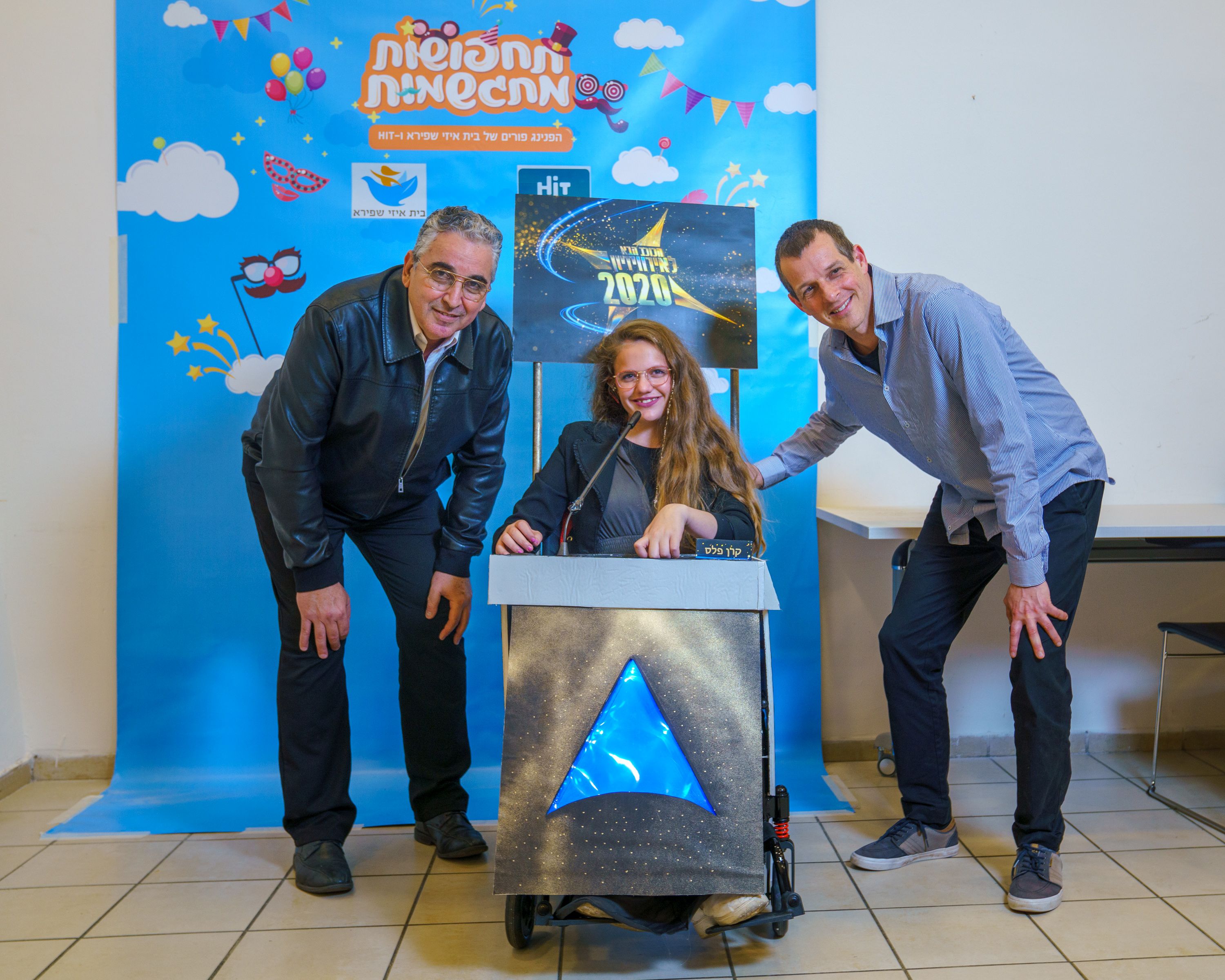 Koren, and his band of pirates searching for buried treasure: 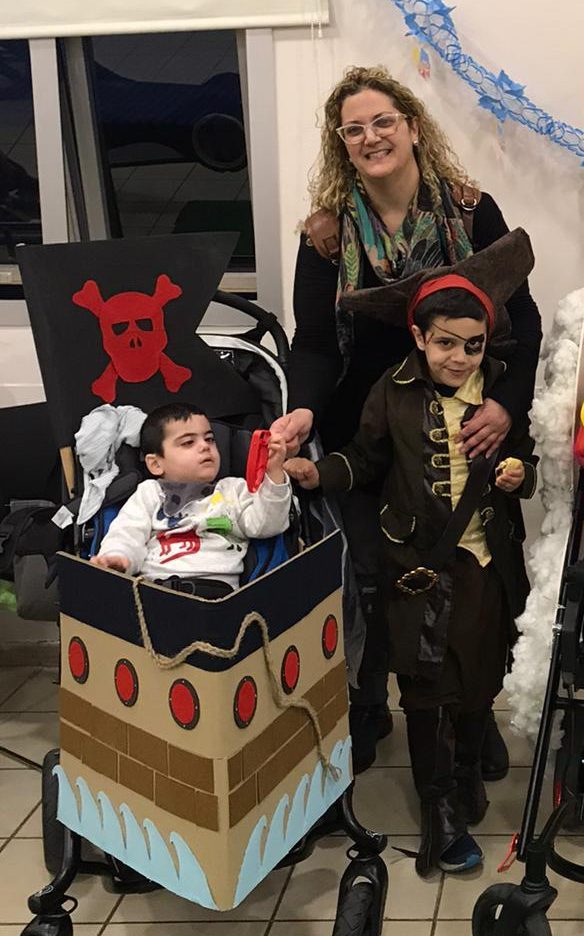 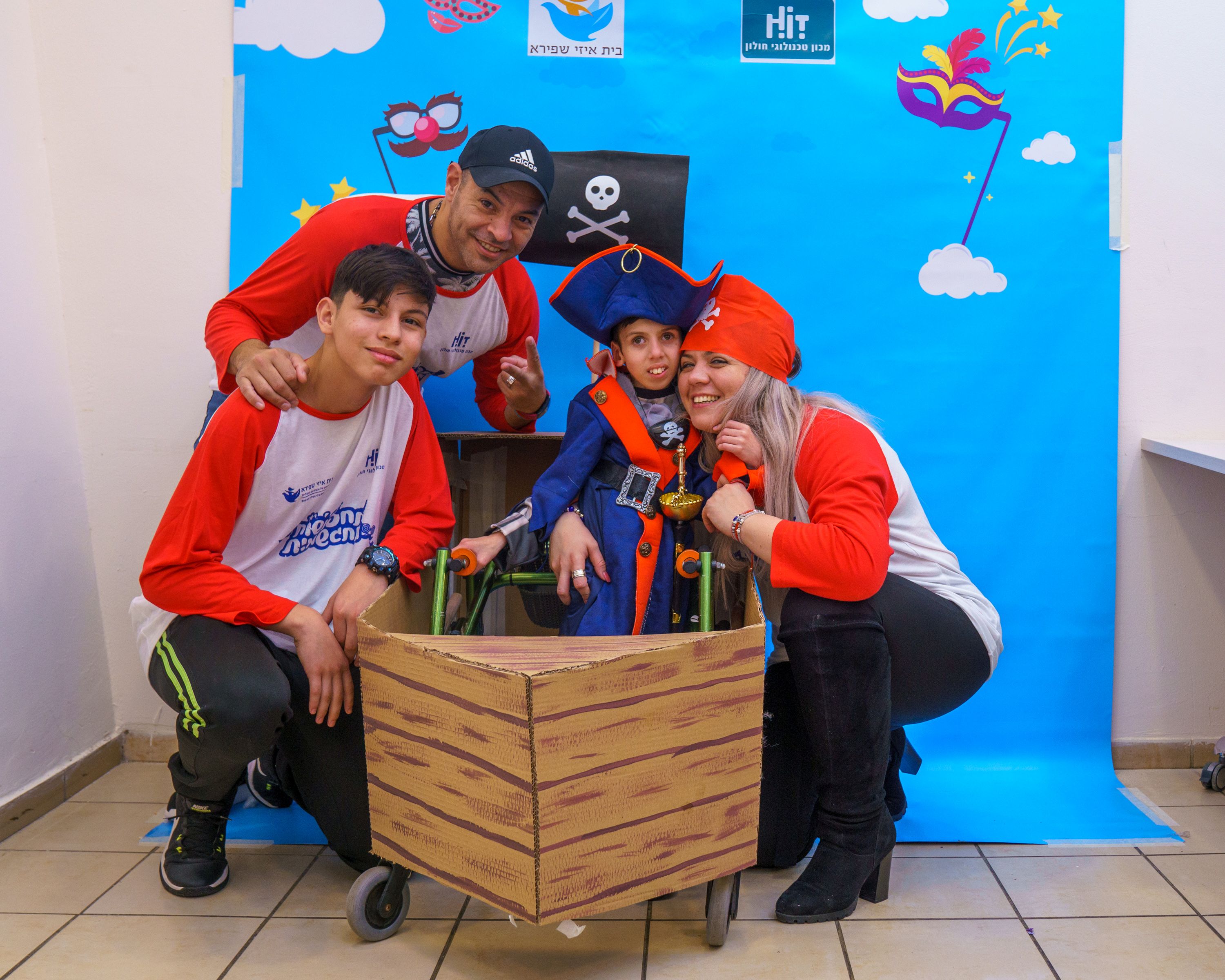 And the final pirate, Neria!: 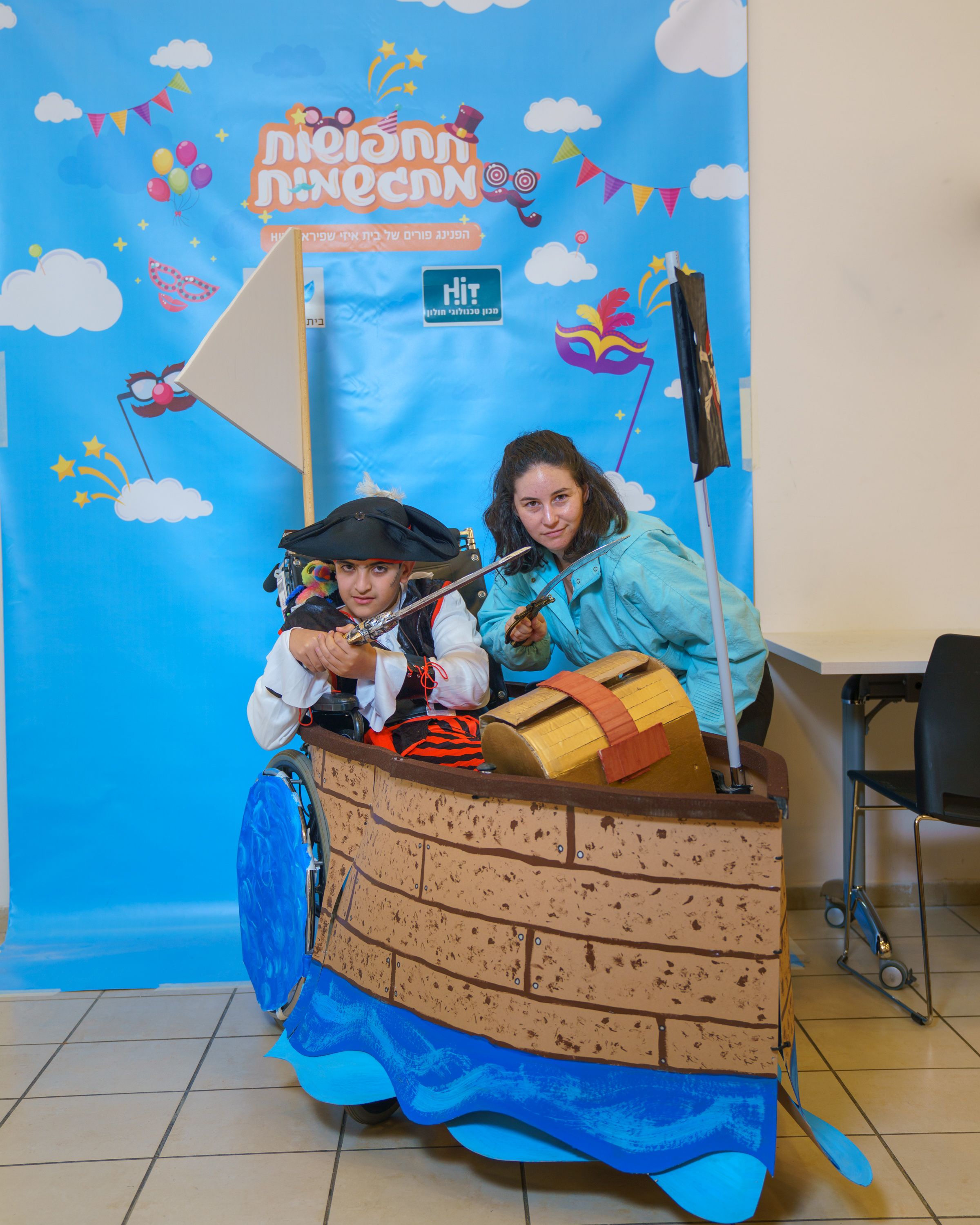 Neria with his treasure chest after a successful pirate raid! 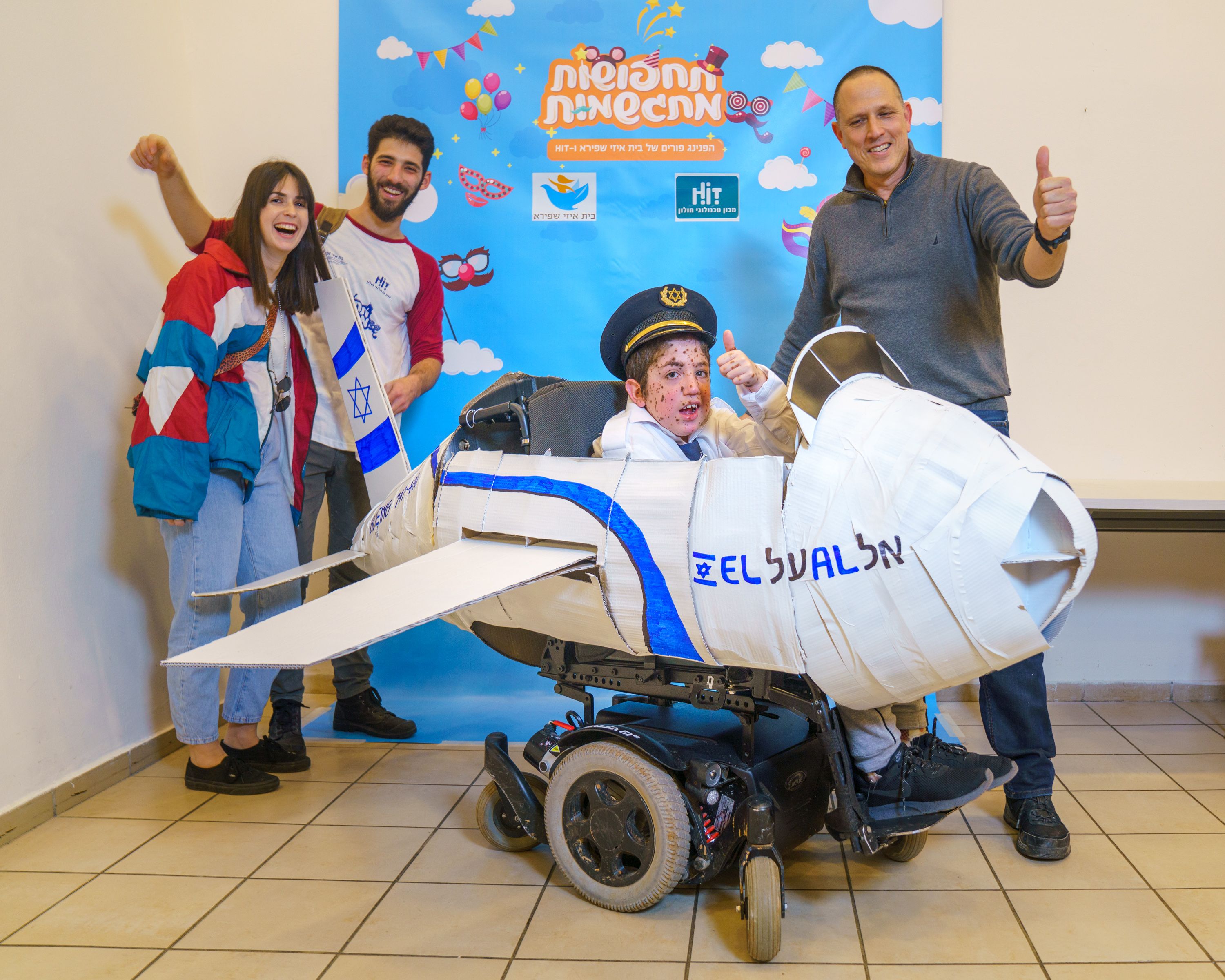 Erez and his favorite airplane 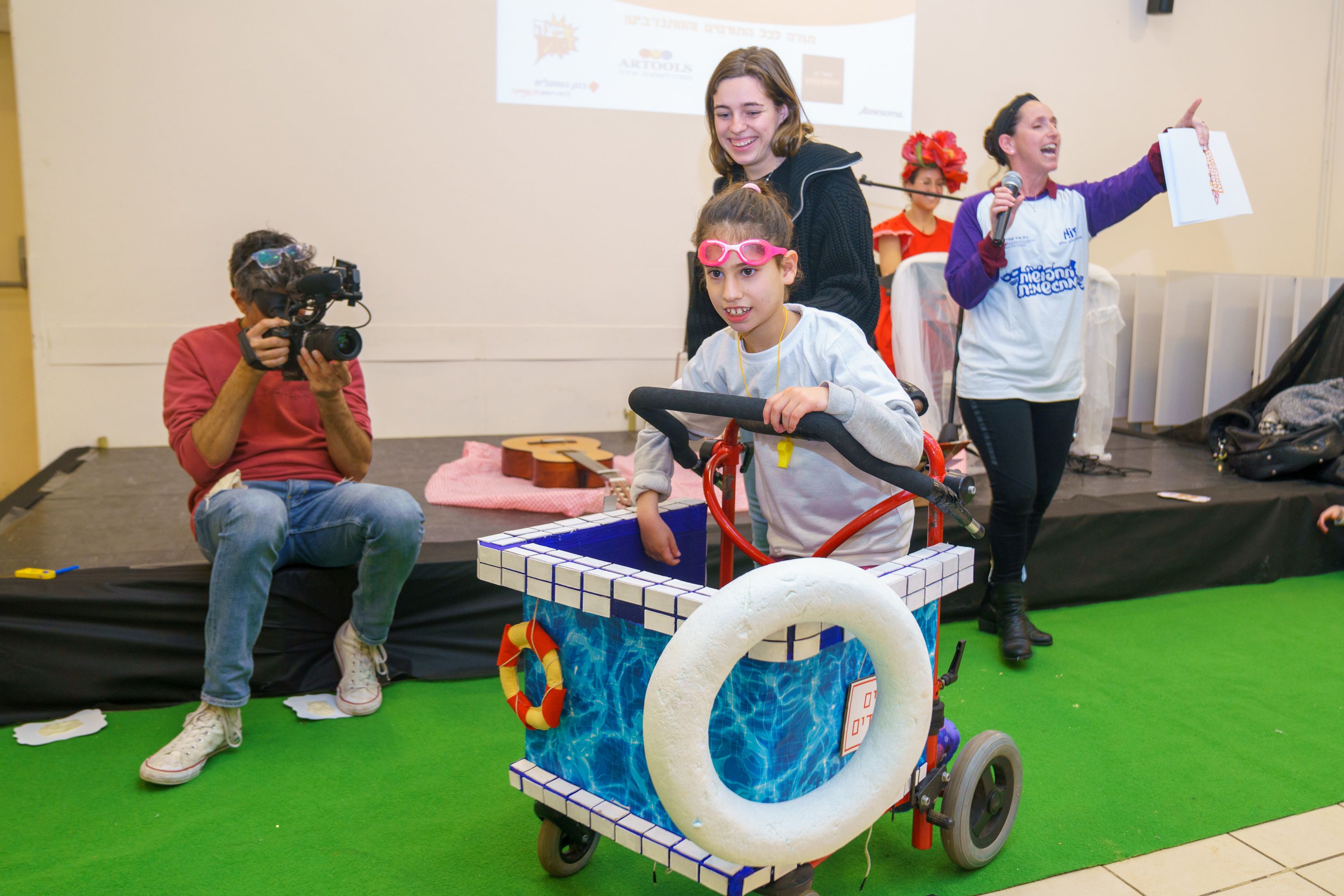 Noa swimming in her pool 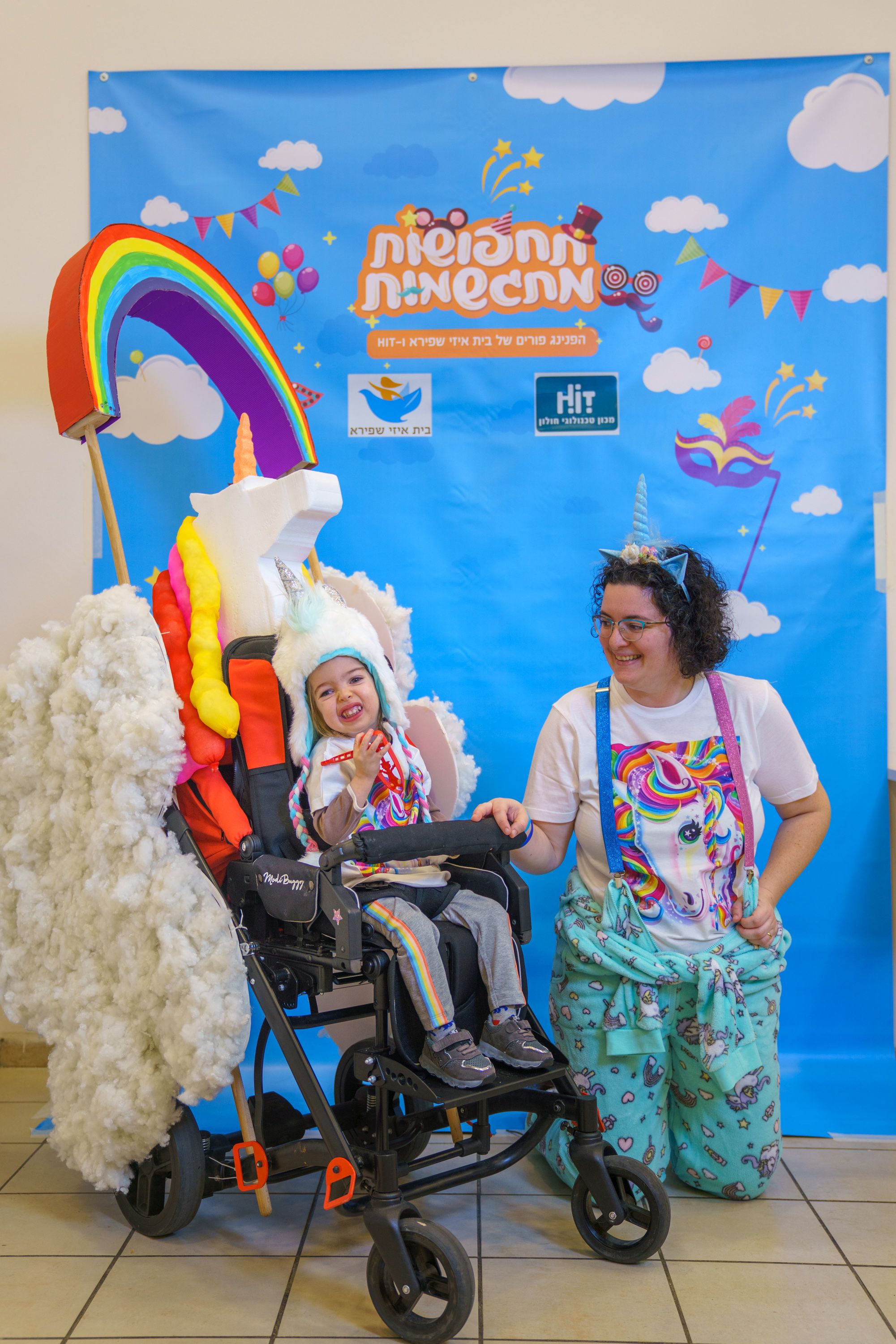 A unicorn with a Purim noisemaker

Aviezer, a monkey in his jungle: 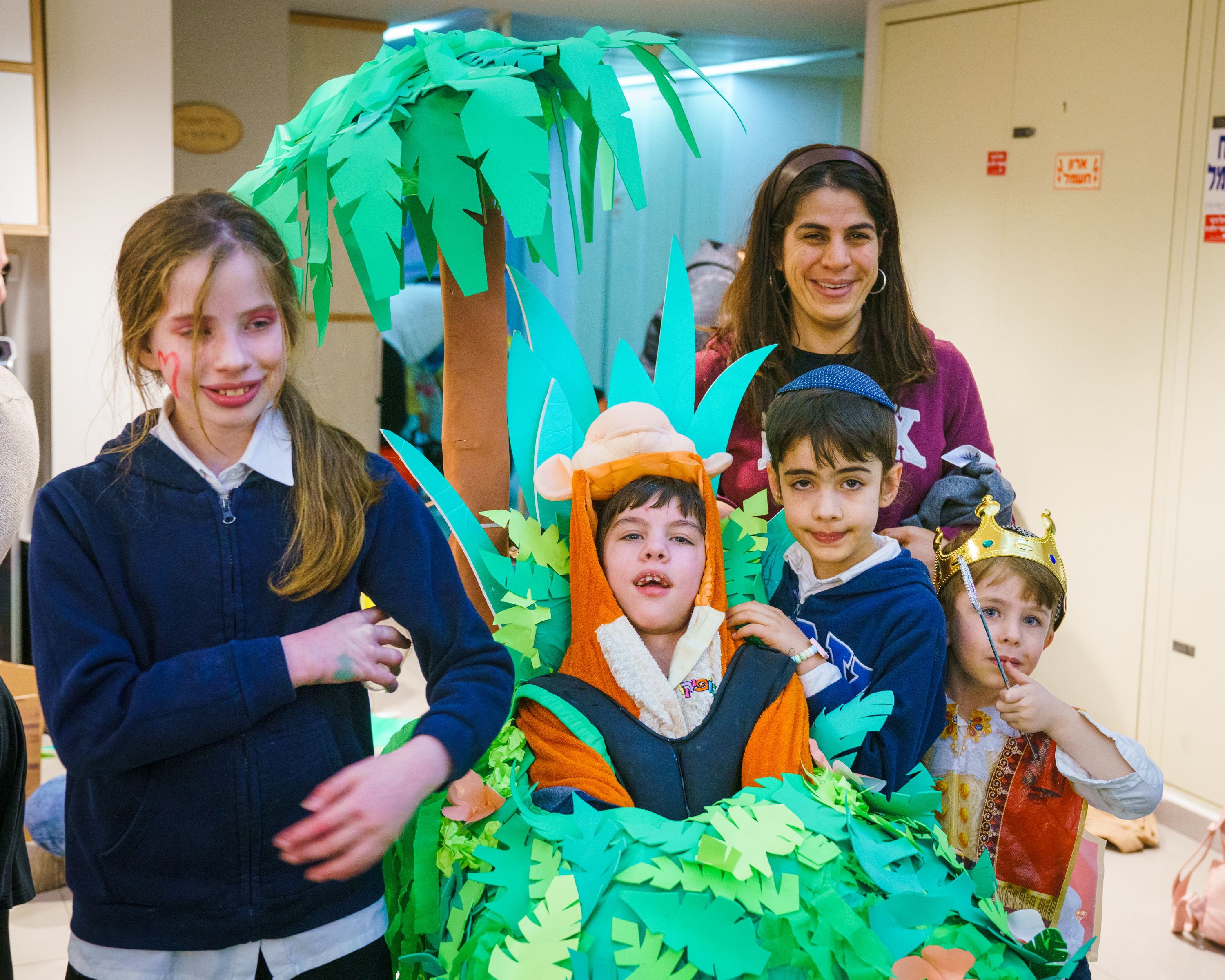 A monkey in the jungle

Hila, the sweetest Cinderella in the world, in her sparkly coach:

Cinderella, two fairies and a coach 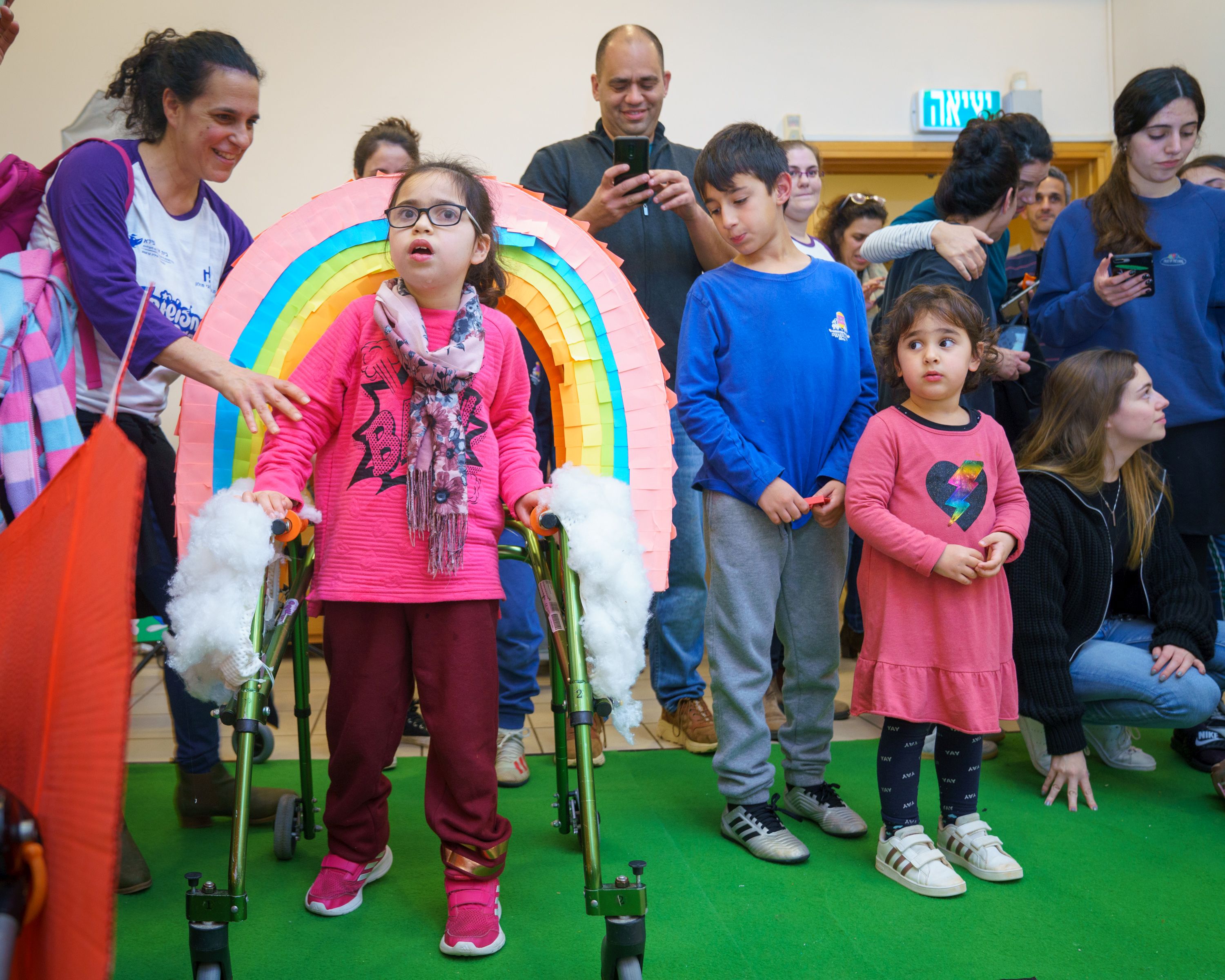 Talia taking a ride on her rainbow

Emuna, as Alice in Wonderland: 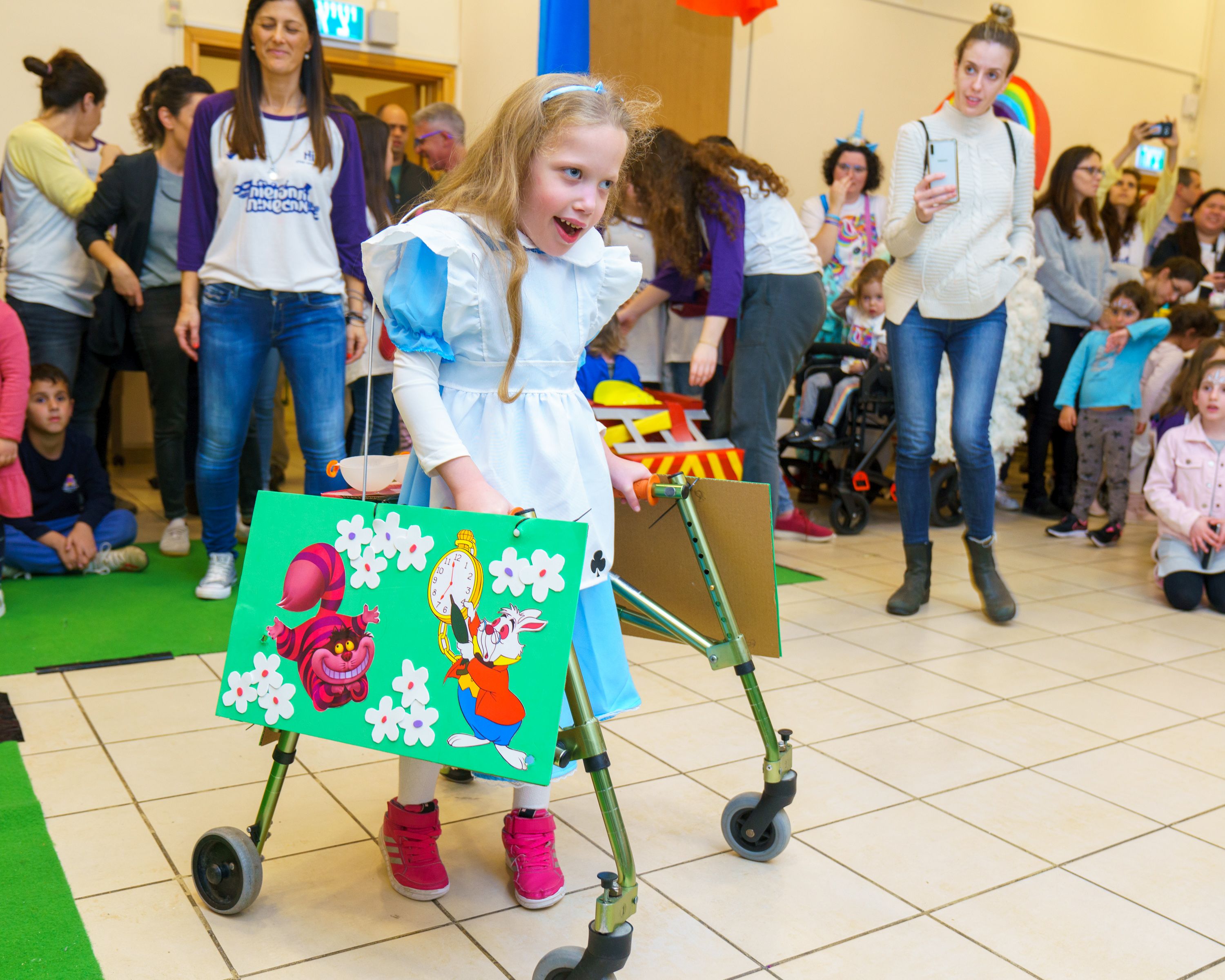 Alice and friends in Wonderland

Eli the magician. Be sure to buy tickets to his show!: 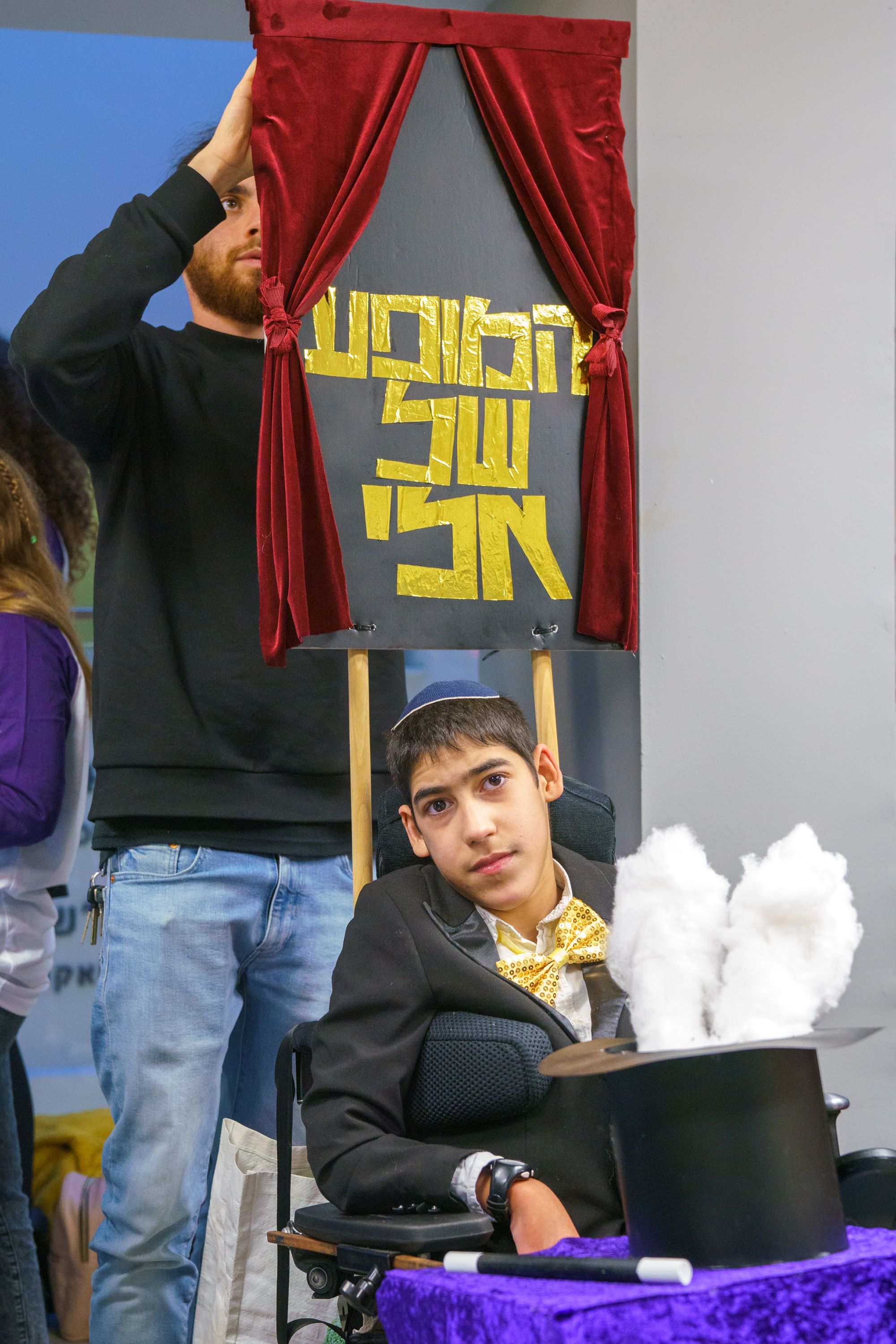 Eli the magician in a new performance 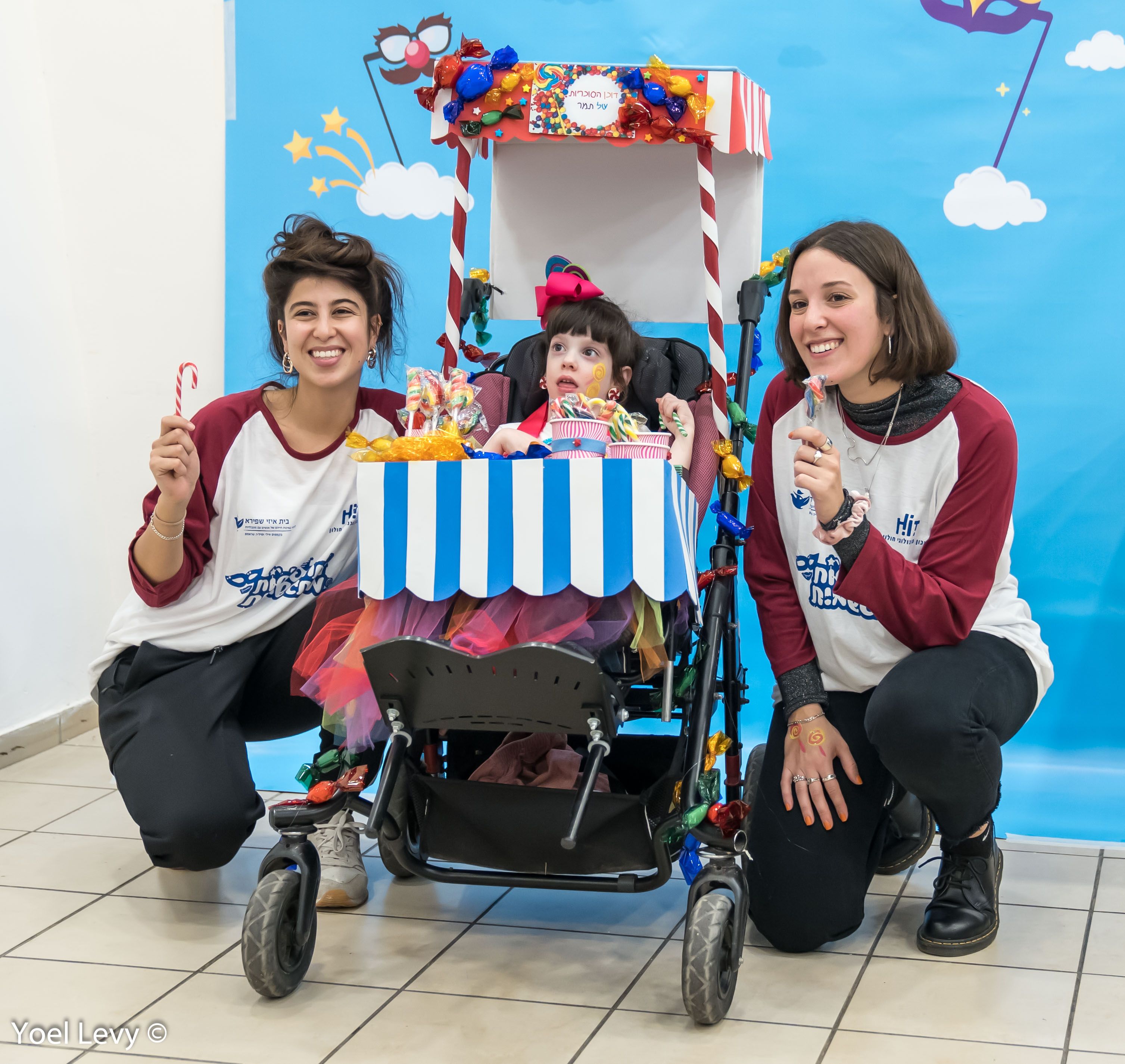 Omer the vampire queen: before and after

Last but not least, Ido the astronaut: 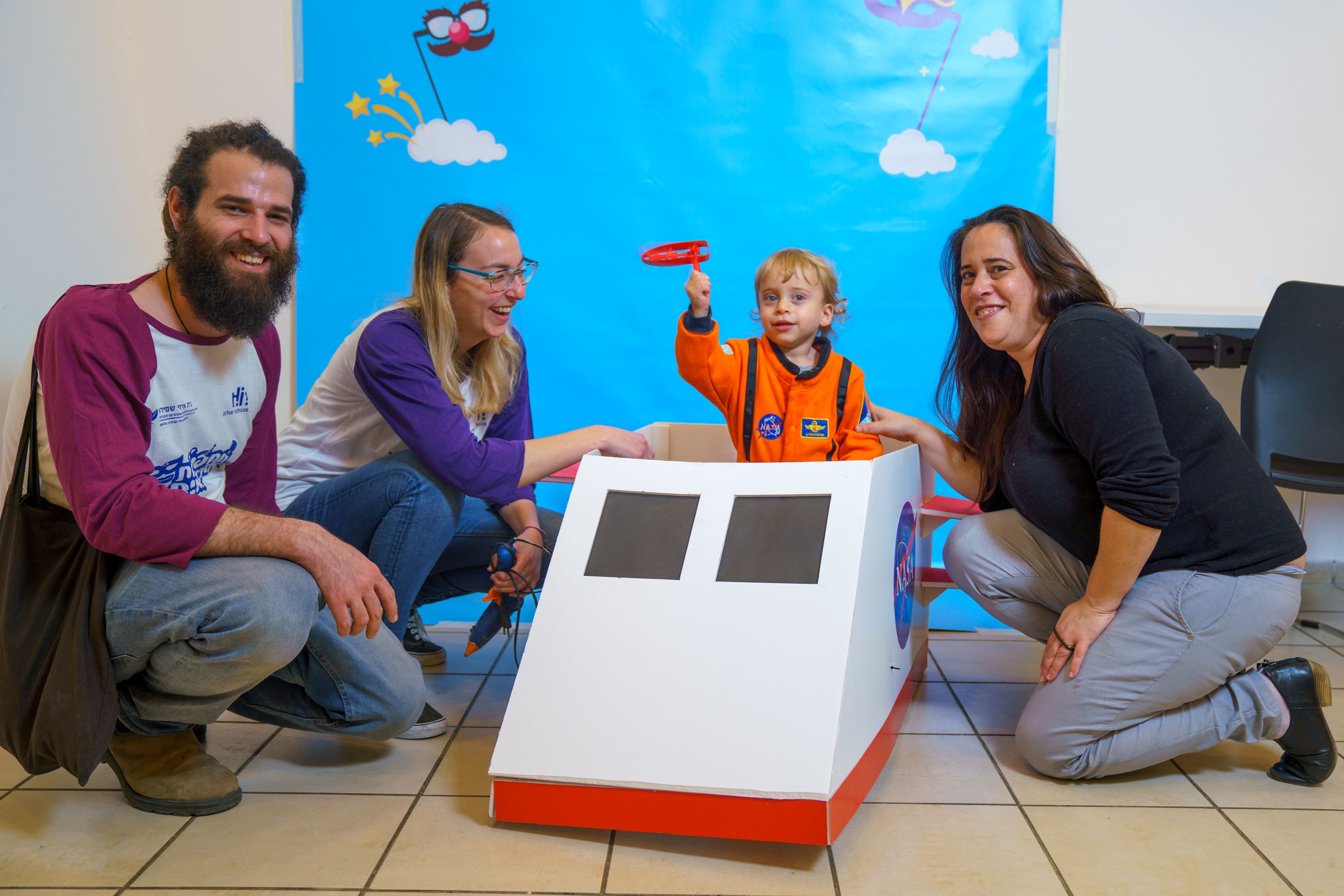 Purim has arrived in space!

See you all next year!