The Tablet Makes a Point of Pointing

In the last few years, the iPad and other technological devices have become essential therapy tools and are being used by therapists to work on a variety of goals. With toddlers and young children we often ask ourselves what the place of this technology is and whether it has added therapeutic value or if in fact it disrupts the natural interaction between the therapist and the child, in turn affecting the development of basic communication skills.

Pointing is an example of a skill that we have seen as positively influenced by the use of tablets in therapy. Pointing on the screen of the iPad is the same physical and cognitive skill as the pointing used in basic communication, which is considered a significant milestone in the development of language and communication and is also considered a predictor of the emergence of first words in typical development (Ringold-Frimerman, 2003).

Communicative pointing is important in that it allows the toddler to draw another’s attention to his or her needs, desires, and thoughts and encourages joint attention. When a toddler reaches or points toward a teddy bear and then looks in our direction, we understand that he or she wants the bear, or at the very least, wants to talk about it. Pointing is very powerful in the development of joint communication. When a child has difficulty spontaneously acquiring this skill, whether because of delayed sensory-motor skills, delayed communication skills, or global developmental delay, he or she in turn has difficulty with sharing his rich internal world with others in his or her environment. 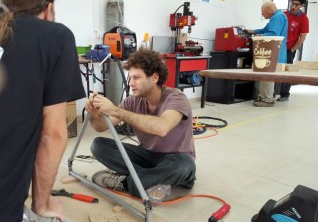 The visual and auditory characteristics of the tablet combined with the touch required to use it, make the tablet an excellent tool to encourage the development of pointing. When the child reaches out his hand and touches or points at an object on the screen there is an immediate and significant response, which encourages the child to repeat and thus refine the action.

First apps like those that just require touching an object to receive feedback are perfect for developing this skill. 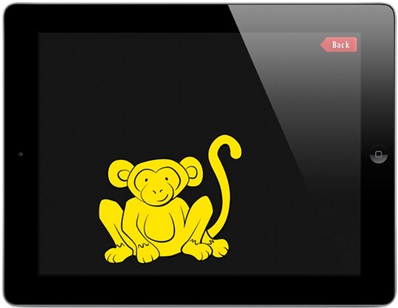 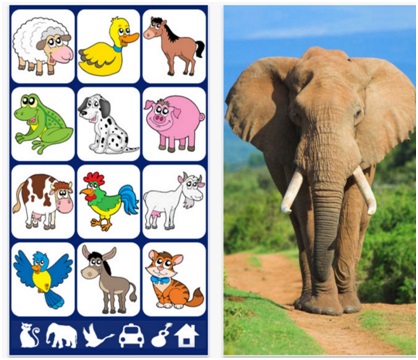 Sound Touch – Touch the pictures and watch beautiful video clips together, encouraging opportunities to talk about the animals and imitate sounds.

We see many children for whom the tablet greatly influences their motivation to explore. After the child has acquired the motor skill of pointing and demonstrates the understanding of the cause and effect that the pointing has on objects on the screen, we can then expand the communicative use of the pointing skill. We can gradually move the tablet away from the child in an effort to encourage pointing toward the device, as a request, after which we immediately give it to them, facilitating the cause and effect of the point as request. Even if the initial pointing toward the device is not an intentional request but is more of a physical intention to touch the screen, it is an opportunity to model the request and facilitate communicative pointing. With apps that have objects moving across the screen, like Tap n See Now, we can move the tablet just out of reach to encourage sustained pointing and joint attention. Of course it is essential to encourage and model use of the new pointing skill in other situations – to show the tower of blocks the child just built, to request a favorite toy, or to point out someone in the room, etc.

In this way we can use the tablet to help develop an essential foundation of communication: from pointing at the screen to pointing for requesting and showing, encouraging communication and joint attention.