In this post I’d like to share an experience I had working with A., a university student, who is currently in the first year of an undergraduate degree. A. has cerebral palsy and uses an electric wheelchair. He has impaired fine motor abilities and his speech is not always clear. While in school, he had an aide who provided assistance in class and matriculation exams were completed orally. Now that A. has started academic studies at university, he decided that he wants to be more independent and less dependent on people and adaptations in his environment. The process to improve his independence in his studies was divided into two parts – using a laptop and using a smartphone.

Until now, A. avoided using a computer because of inefficiencies in using the mouse and slow typing speeds. As such, the first thing I recommended to him was a touch screen to reduce the need for a mouse. As well, I recommended using the computer in tablet mode and placing it on a mount attached to the wheelchair, keeping it in close reach.

In addition, we personalized the computer features to meet A.’s needs: 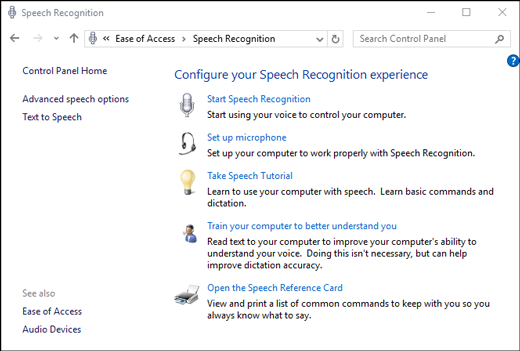 Recently, A. acquired a new Android smartphone. The phone is typically on his lap or on the table beside him. A. uses WhatsApp to communicate with others, using the recorded message feature. However, in order to increase his independence with his phone, he still needed a way to type messages or commands into the smartphone. To achieve this, we chose a few adaptations.

We’d love to hear about other keyboards with word prediction and/or dictation that you are using and finding helpful!