The Beit Issie Shapiro International Conference on Disabilities, “Unity & Diversity in Action”, which took place from July7-8, 2015 at the Dan Panorama Hotel in Tel Aviv, was exciting and inspiring. There were hundreds of participants coming from 25 different countries. 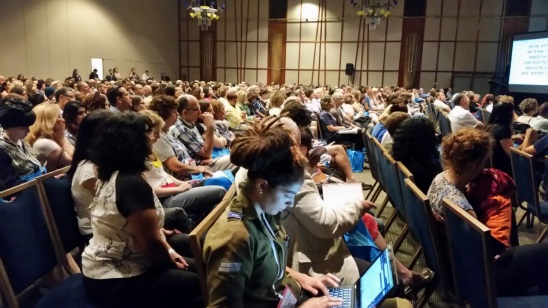 In addition to the conference there were a variety of events being held around the city, throughout the month, to raise awareness about people with disabilities.

There were a variety of plenary sessions over the two days including an inspirational and engaging presentation by the American photographer, Rick Guidotti.

Rick, an international fashion photographer, had a transformational experience a number of years ago, leading him to become a photographer of people with disabilities. In his talk he described the journey that he has experienced, seeing the beauty in all people, rather than their disability, and how he is bringing that beauty and awareness to the public through his camera lens. Prior to the conference, Rick visited Beit Issie Shapiro and photographed some of our students. Their portraits and the rest of his beautiful exhibit have been exhibited at Ramat Aviv Mall this month. Be sure to check out his website.

Other plenary lectures covered important topics such as the stigma of mental illness, the neurodevelopmental perspective of various disabilities, siblinghood, and others.

Technology Sessions at the Conference

There was a fascinating plenary talk, “Toward a World with No Disabilities”, given by Yanki Margalit, an Israeli entrepreneur and speaker best known for starting Aladdin Knowledge Systems. He spoke about the speed of technological advancement and its impact on our lives. 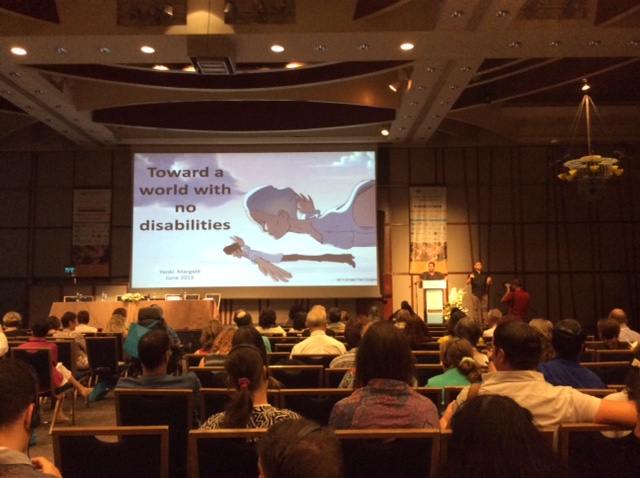 The Technology Consulting Center at Beit Issie Shapiro chaired three separate sessions focused on use of technology for people with disabilities. 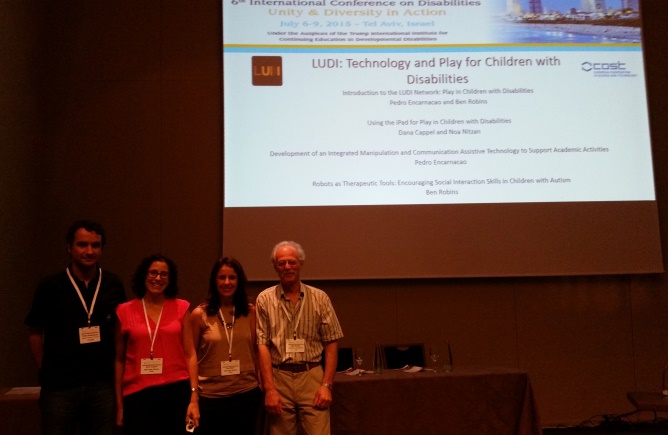 Dana Cappel and Noa Nitzan presented how play and playfulness manifest in play on an iPad. Use of the iPad for children with disabilities often focuses on communication and learning needs. In this presentation, the focus was on the use of the iPad to promote play for play’s sake. Through case examples, they presented how play and playfulness can be facilitated using the iPad and how significant this can be for children with disabilities and their families.

Pedro Encarnação presented his fascinating work concerning the use of LEGO Mindstorm robots to manipulate items in an educational context. He demonstrated how the students use a remote control system integrated into their GRID2 communication systems allowing integrated play/work and communication. The students were able to control the robot in the same way they access their communication, whether by eye gaze or trackball.
His work can be seen at this link.

Ben Robins presented his work using the robot KASPAR with children with autism. He demonstrated how the children in his studies acquired social skills and connections to children and adults in their environment though interactions with KASPAR. You can learn more about Ben’s work and KASPAR here, and on YouTube.

2. “Tech-knowledge-y” – Promising Startups in a Nutshell

Held in a TED-style format (each speaker had 10 minutes to present their startup), we learned about numerous inspirational initiatives that will definitely make a difference in the lives of people with disabilities. 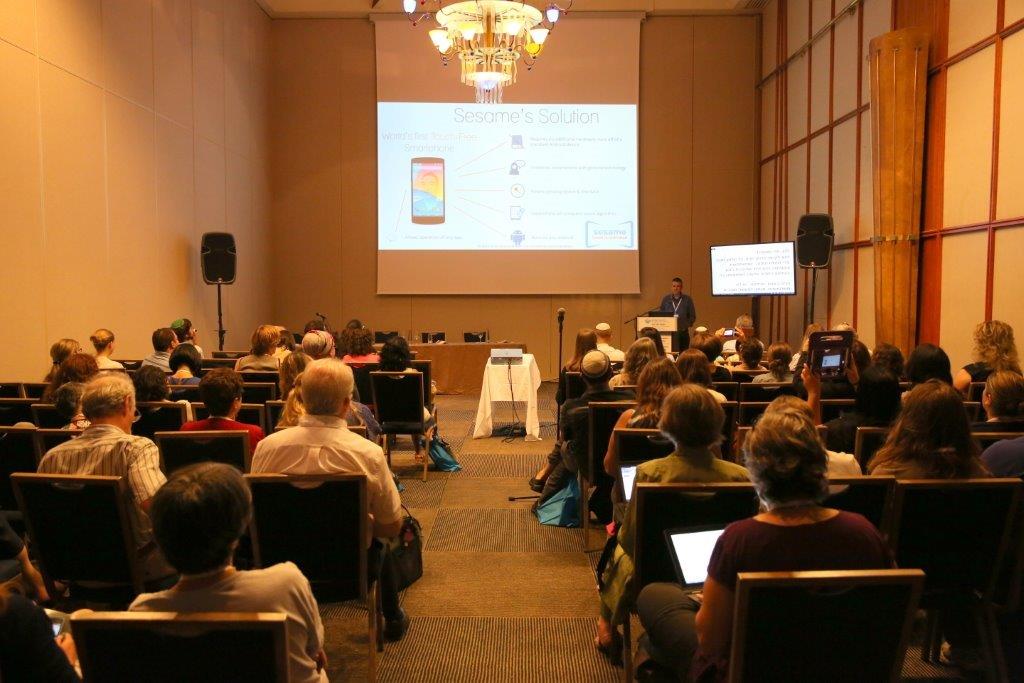 Shmuel Naaman, from “Philosoft Mobile” presented  his solution for making smartphones accessible for those with visual impairments and blindess using voice recognition technology.

Teachers from the Special Education School at Beit Issie Shapiro presented how they are integrating the iPad into the educational environment. For example, how they are using it to facilitate participation in school events, as a tool to present learning material and to encourage interaction in lessons. They also demonstrated how students are using it as an alternative to a notebook and as a tool to complete worksheets in the classroom and at home.

They discussed the use of “open” apps such as the following (open apps enable users to import content for creating personalized or customized activities specific to the needs of the user):

Orit Almog and Adi Ne’eman, from The Center for Educational Technology (CET), in Israel, discussed the important features considered when developing apps for people with disabilities and presented some of their upcoming apps:

V-Taskit – an app that helps to organize tasks and daily schedules. The app is designed like a day-to-day planner and the tasks are presented as events on a calendar. Each event can be broken down into several sub-tasks.

Me & Myself – An interactive album allowing the user to personalize the look of each page. It’s an album that allows the user to tell about himself, his likes and dislikes, etc… using engaging activities.

TableIt! – An app that allows the user to organize information into table format, using a user-friendly interface appropriate for individuals with special needs.

Be sure to check out these other successful apps by The Center for Educational Technology:

In summary, it is not by chance that technology played such a dominant role at the conference. We acknowledge and value the power of technology to make a difference in the lives of people with disabilities, promote inclusion and improve quality of life.